All works are subject to presale.

Empire of Earth and Sky: an exhibition of new paintings by Jim Davies

An essay by writer Megan Bertagnolli:

With an almost singular focus on the landscape, Jim Davies has been painting in Alberta for over 40 years. Its diverse geography makes for rich subject matter and each summer he dedicates time to travelling the province, making sketches in paint and filling sketchbooks with pencil drawings.

Central to this practice is working en-plein-air, an approach which allows Davies to capture the natural world in situ. In nature, he can best observe the effects of light and capture the changing moods of the landscape in real time. The results are beguiling sketches that enchant on their own and form the backbone of his fully realized studio paintings.

Yet Davies is no ordinary painter who simply depicts grand vistas or some fantasy of an untouched landscape. Rather, he imbues his paintings with ambiguity that comes from deftly incorporating signs of human presence into the landscape, which sets him apart from his contemporaries. The results are paintings that are moody, ethereal, and imaginative. In this sense, Davies’ work recalls the paintings of Illingworth Kerr and Maxwell Bates, two significant early 20th century landscape painters who overlaid the diverse landscape of Alberta with signs of human intervention to create works with deep emotional complexity.

The current suite of paintings in this exhibition, Empire of Earth and Sky, evolved out of time spent predominately in and around Canmore and Banff. While many places like Mount Rundle are instantly recognizable, others are more uncanny - familiar, yet strange.

This feeling is felt in Spring Vigil / Back Country Connection, where, as though on a winter hike, the viewer happens upon an abandoned satellite dish partially buried in snow. Clearly this is a relic from a not so distant past. Trees and branches poke through the crust around the dish and the cool light in the painting makes the air in the work feel frigid, yet these clues are inconclusive as the work denies a singular story. The viewer is left to wonder what happened here.

Alpine Industrial reads like an omen for the future. Here the mountain range becomes subservient to the development that demands the viewers attention underway in the foreground. The bright blue of the sky and the vibrant colours of a new condo construction project are deceptively cheerful as they signal development that progressively pushes into the wilderness. An ominous premonition for the closure and delisting of some 175 of Alberta’s provincial parks currently underway.

In the liminal space between these two works is Empire of Dirt, where a detached bucket and arm of an excavator sits in the landscape - the collision between past and present in a single frame.

While arguably signs of the built environment are more predominant in these works than in previous paintings, for the majority of works in Empire of Earth and Sky these cues are more subtle. Depicting roads that lead into the distance, figures appear as but shadows and cars as mere headlights. The seemingly empty road is simultaneously a marker that people have been here before and yet it feels lonely. These quiet works provide the viewer a contemplative moment. A sensibility enhanced by the dream-like quality of Davies' masterful and textured brushwork.

One of the great triumphs of Davies’ approach to landscape painting is the evolution of a sketch made from observation, to one that includes signs of the human presence, where deeper meaning seems to lurk beneath the surface. Viewers are invited to witness this metamorphosis as both intimate sketches, and the large scale paintings they inspire, are hung together in this exhibition. Ultimately, it is the sense of familiarity with these landscapes that inevitably means reconciling our own associations with the suggestive narratives Davies paints.

Megan Bertagnolli holds a MA in the History of Art Design & Visual Culture from the University of Alberta, and has published writing on contemporary art in Alberta. Currently she does program Development for the Faculty of Extension, and teaches Art History across Alberta. 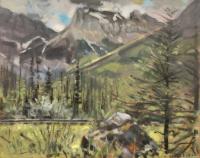 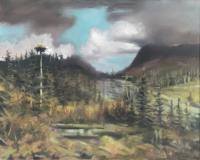 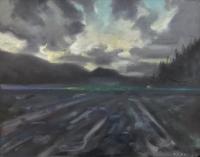 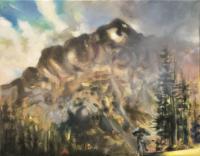 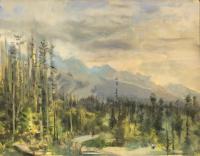 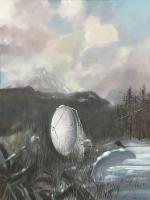 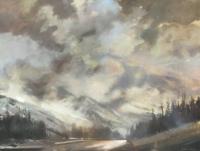 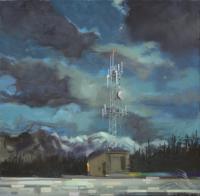 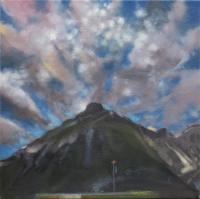 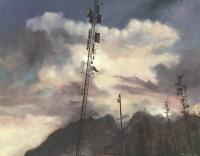 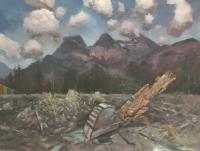